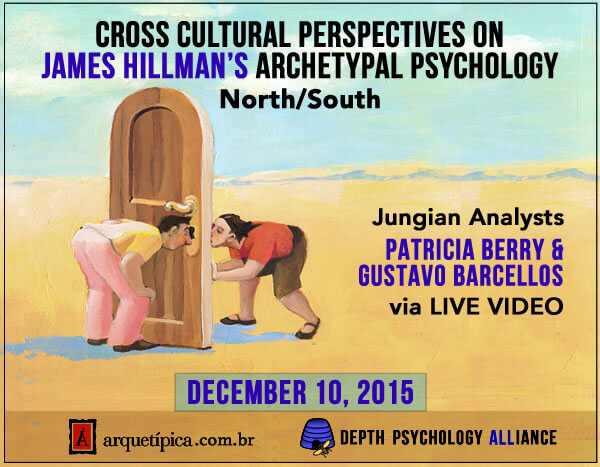 Don’t miss this chance to learn from two people who were close to James Hillman in this special 1-hour webinar on Thursday, December 10, 2015.

Patricia Berry is one of the founders of Archetypal Psychology and was married to James Hillman for 20 years. Brazilian-born Gustavo Barcellos studied with Hillman in the U.S. and Hillman eventually became his mentor and friend. Gustavo was the first to translate Hillman’s books and introduce archetypal psychology to Brazil.

This groundbreaking online event will broadcast live in multiple time zones on December 10, and recorded for all registrants. Hosted by Depth Psychology Alliance and Arquetipica.com.br