Now that Robert is back and we are talking Jung and religion, I would like to announce the publication of my new book:   Religion as Metaphor: Beyond Literal Belief.   It appeared in May 2015.  It took me 8 years to write, and fundamentalists have found they can demolish it in 2 seconds. Amazing.

See attached flyer for the Australia & New Zealand edition. I will circulate the northern hemisphere flyer when I get it.  It has been published in two editions, with slightly different titles.
In the global south it is “Beyond Literal Belief”, published by Garratt Publishing, Melbourne, AUS
In the global north it is “Religion as Metaphor”, published by Transaction Publishing, New Jersey, USA

The book is an attempt to “psychologise religion” as Robert puts it below.  But, as a professor of literature and language, the emphasis in my book is on religious language. What kind of language is it? Millions assume it is historical reporting, but of course, scholars realise it is a midrashic Jewish language which is based on symbol, myth, metaphor, parable.  As far as I know, Jung did not discuss midrash specifically, or did he? But he arrived at this same idea in his own way.  Several of my chapters are on Jung’s reading of religious language.

Among those endorsing the book are our very own John Dourley, and Bishop John Spong of the US.  I hope it will be of interest to some members of the IAJS, and to various libraries they are linked to. 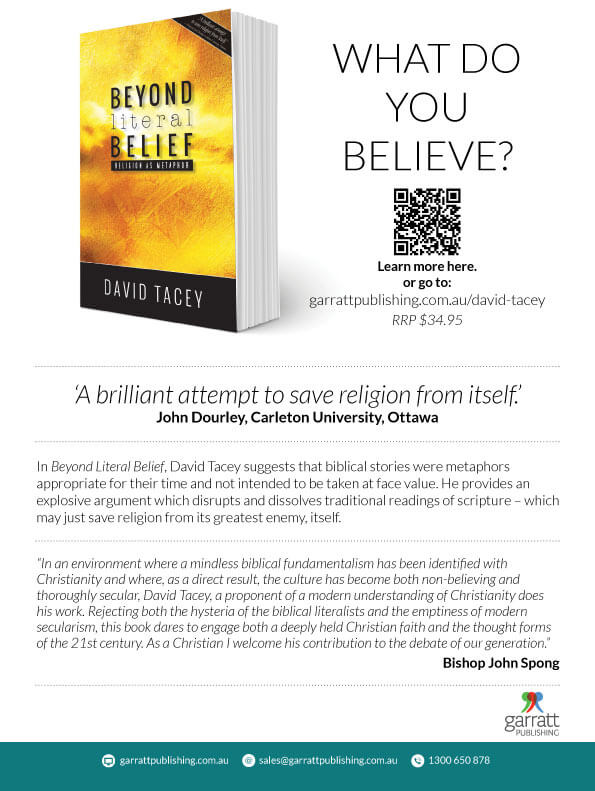 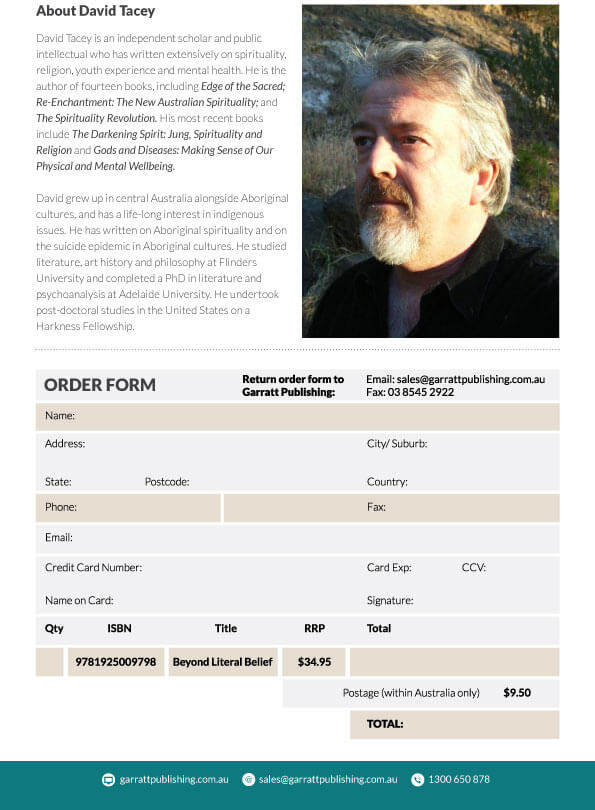