Patterning in the Psyche and The Natural World Conference

Home Patterning in the Psyche and The Natural World Conference 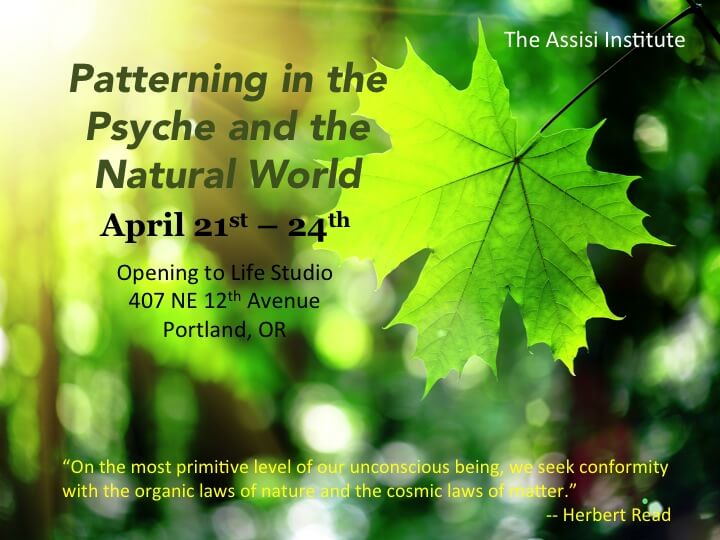 Patterning in the Psyche and The Natural World

C.G. Jung spent a lifetime investigating the workings of psyche and the archetypes of the collective unconscious.    What he found was a world influenced as much by the antique soul as by personal choice.  It was the primacy of the psyche, and the discovery that archetypes guided the unfolding of life on all levels that fascinated Jung and the pioneering group of Jungians, including von Franz, Ester Harding,  Barbara Hannah and Aniela Jaffe.
As these early Jungians investigated the expression of these innate, universal tendencies and motifs in fairy tales, myths, legends and captured in our sacred texts,  they discovered the presence of  universal patterns.   Here we find, for instance, the journey of the fathers daughter, or the mothers son, and of  psyche’s way of suggesting that one needed to expand their horizons, while another story  may  speak about the need for a necessary and temporary contraction for a life lived at full throttle.  So from Jung, M.L. von Franz, to Joseph Campbell, and the work of the late Jungian Analysts, we come to appreciate the presence of patterning within the psyche. Here we find patterns speaking of archetypal dynamics, each replete with their own design, symbolism and meaning.
It was Jung’s discovery of the symbolic meaning of alchemy that led to his realization that these archetypal, psychic potentialities exist as what von Franz termed “nature’s constants”. Here we find nature’s ways, echoing psyche’s ways, and see that both are a reflection of an order transcending our conscious awareness.     This theme of the confluence of matter and spirit is addressed and extended in the workings of the new sciences of emergence, where too we find such high degrees of patterning and order emerging.
This conference addresses this theme of  patterning within the psyche and the workings of this archetypal reality.  With an internationally renowned faculty of Jungian Analysts, physicists and Archetypal Pattern Analysts, we will discuss the presence and workings of  archetypes within the personal and collective unconscious.